The Council and Officers of the City of Windy Hills met virtually by Zoom, at 7:00 P.M.  Mayor Davis called the meeting to order.

ROLL CALL:  The following were present:

Councilwoman Greer moved to approve the minutes of the October 12, 2020, Council meeting; seconded by Councilman Blue. The motion passed unanimously.

Councilman Blue moved to approve the October bills, totaling $41,992.54, and was seconded by Councilwoman Trachtenberg.  The motion passed unanimously.

Still working on Indian Ridge. Over the weekend there was a break-in resulting in the theft of over $500 on Indian Ridge. The car was moved from 726 Indian Ridge, so we did get the action needed. The Graymoor-Devondale Police report was 108 hours. They have been giving parking tickets for overnight parking, problem areas are Ambridge and Copperfield.

Attorney Jim Hodge resigned and we will be looking for another attorney. We have collected more back taxes, one that dates back to 2015.

EcoTech had their biggest day on Monday, picking up yard waste, in Windy Hills.

The Auditors will be in the office Thursday and Friday.

Finance/Ordinances:  Councilwoman Rademaker reported all property taxes received before 10/31 have been recorded.

Code Enforcement – Steve Teaford:  Mr. Teaford reported he had seven cases and now there are only two pending:  4205 Hill Top Road and 4301 Kirkhill Road. He has established contact with the resident at 9 Pin Oak.

Newsletter – Councilwoman Myers:  Councilwoman Myers reported she sent out the October  Breeze and had a good open rate. Found a problem with Mail Chimp. Rudy the Bear disappeared from the headers of our old issues. She has fixed the problem for now. Working on the November Breeze. The print issue of the Windy Hills Breeze will be sent out in January instead of December.

City Clerk – Lisa Kraft:  Ms. Kraft reported the property tax bills are caught up for residents paying before the deadline.

Councilwoman Spencer requested a roll call vote, the vote was as follows:

Mayor – No – not without changes.

Councilwoman Myers made a slightly different motion to Honor Foster Haunz. Let the family decide if they would like a plaque to be placed on the Black Gum tree at the Green or a donation made to a charity in his name. Councilman Blue seconded the motion.

Comments/Questions to the Council as a Whole:   Cheri Baird asked if there was a timeline for the Engineer to have results.

Councilwoman Greer moved to adjourn the meeting at 7:43 P.M., seconded by Councilwoman Trachtenberg and the motion passed unanimously.

The Council and Officers of the City of Windy Hills met virtually by Zoom, at 7:00 P.M. Mayor Davis called the meeting to order.

ROLL CALL: The following were present:

Councilwoman Greer moved to approve the minutes of the September 14, 2020, Council meeting; seconded by Councilwoman Myers. The motion passed unanimously.

Councilwoman Trachtenberg moved to approve the September bills, totaling $61,097.54 and was seconded by Councilwoman Rademaker. The motion passed unanimously.

RESIDENTS’ COMMENTS/CONCERNS: Martha Davis wanted to thank “the powers that be” for the removal of the poles on the Green. There was some discussion about a hedge on Rudy. The Mayor will do some research into our ordinances on shrubbery.

Finance/Ordinances: Councilwoman Rademaker reported we have one CD that is getting ready to mature or has matured. It was temporarily put into our money market account because it has a higher rate than most CD’s. Helen is going to do some research to find CD’s at higher rates.

Code Enforcement – Steve Teaford: Mr. Teaford reported there are several cases being handled by Attorney Hodge that are carryovers and have a deadline to respond tonight. Steve Teaford will leave it up to Mr. Hodge to report on them. Helen Davis took the complaint about 744 Wicklow Rd where the trees were interfering with the line of sight at the intersection. The resident addressed the complaint and trimmed the trees.

Windy Hills Green/City Maintenance/Newsletter/Tree Board – Councilwoman Greer:
Councilwoman Greer reported on the following items:
• “Cornerstone is cutting down the dying coffee tree in the island on Clerkenwell.
• Adam has mulched the areas that I listed last month. Because of the drought, he is still watering the trees. I told him to slow down on grass cuttings.
• Helen and I met with the LG&E people regarding replanting Westport Road. There will be a variety of specimens and sizes of trees and shrubs, depending on the sites. Some areas will have small shrubs, while some will have large trees. This is being done to discourage graffiti artists from painting the exposed fences. The planting will not begin until weather conditions are good for the success of the planting and the health of the trees. LG&E is spending a great deal of money on this. When completed, and the trees grow, it should be quite an improvement to what existed before.
• Cheri Silvey-Slusher is notifying the people who were granted free trees last year, to contact the nurseries and make certain they can get the tree of their choice.
• Several people have inquired about our tree subsidy program. Two have taken advantage of it.”
Newsletter – Councilwoman Myers: Councilwoman Myers reported the September issue of the Windy Hills newsletter was a print edition prepared and sent to all residents the week of September 21. As usual, the issue included information about candidates for Council office in the upcoming election as well as news, announcements, and reminders. She apologized for 2 errors in the published edition. Marianne Rademaker’s name was omitted from the caption beneath the group photo and one of the butterfly photos was printed sideways. The omission of Marianne’s name will be corrected in the upcoming Breeze.
The October Breeze deadline is Wednesday, October 14th and it will probably be sent out on Thursday or Friday. This issue will include a reminder about the Halloween Costume Contest. Please let her know what other announcements or other articles that need to be included.
The deadline for the November Breeze will be November 11th. Council members will recall that there was a discussion about postponing the December print issue until January when there will be more availability of our printing company, less mail and activity with which to compete for residents’ attention, and the opportunity to use it to kick off the new year, new Council, etc. If we continue with that plan, we can send a Holiday edition of The Breeze in December.

Community Caring/Health & Fitness/Welcome to Windy Hills – Councilwoman Spencer:
Councilwoman Spencer reported the following items:
• “Working on a price to replace damaged plaques.
• There were 9 real estate transfers in September.
• We have 6 judges and 1 possible judge for the Halloween Costume Contest.”

Public Works – Councilman Blue:
Councilman Blue’s report read by City Clerk Lisa Kraft:
• All ordered signs are in place, except for the ones on Regency and Rudy Lane. The two signs will be placed the week of October 12th. The two signs will be made with reflective tape for us to view and see if it helps see the signs better
• MSD has been contacted about the cutting of the brush covering the walkway path across the bridge over the creek
• The poles have been removed from the north-west corner of the Green
• Several political signs from one party have been vandalized. Also, support of police signs have been vandalized
• Next election cycle we need to make sure all signs are off the encroachment path. Many signs were too close to the street
• We had several issues from two customers of ECO TECH about recycling. These issues were solved by the employees of ECO TECH. All ECO TECH trucks have a camera and can show the issue problems

ATTORNEY’S REPORT: “Have been working on 7 cases, 5 are now resolved and 2 have a deadline of today.”

COMMENTS/QUESTIONS TO THE COUNCIL AS A WHOLE: None

Councilwoman Myers moved to adjourn the meeting at 7:39 P.M., seconded by Councilwoman Trachtenberg and the motion passed unanimously.

We expect to follow Metro guidelines for Trick or Treating in Windy Hills. 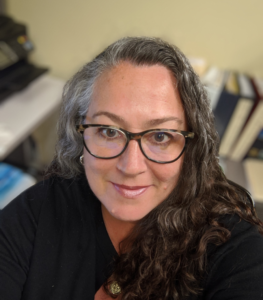 COMMENTS/QUESTIONS TO THE COUNCIL AS A WHOLE

The City of Windy Hills has signed a contract for road repair with Hall Construction. We will be patching some areas and repaving others. The work will now begin at the end of July. The streets that are impacted are: